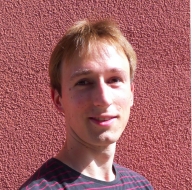 Being a biophysicist I combine work in the wet lab and on big data with a computer. I am interested in transcription factor interactions since via gene regulatory networks they determine the cellular transcriptome and thus, a cell’s fate. Deregulation of the tightly controlled transcriptional networks is the basis for many diseases. Especially, I am investigating the role of the transcription factor E2F1 in regulating the cell’s invasive capacity by transactivating certain epithelial-mesenchymal transition (EMT)-related genes. It does this in conjunction with other transcription factors and co-factors dependent on the cellular molecular context. The up-regulated target genes, may it be coding or non-coding such as miRNA or lncRNA genes, will be characterized for mechanistic function in experimental procedures. Prior to that, they have to be identified by big data, e. g. CCLE cell line or TCGA patient data, analyses using the computer regarding differential expression and correlation to diseases and certain signalling pathways by GO or GSEA analysis. Furthermore, the impact of E2F1 on immunoregulation is being investigated since many E2F1-expressing tumors have the ability to evade the immune system. Also, it appears that E2F1 is directly acting in immune cells to silence their response.

Drug Repositioning Inferred from E2F1-Coregulator Interactions Studies for the Prevention and Treatment of Metastatic Cancers.

Any cookies that may not be particularly necessary for the website to function and is used specifically to collect user personal data via analytics, ads, other embedded contents are termed as non-necessary cookies. It is mandatory to procure user consent prior to running these cookies on your website.